Like a number of races that run a half and full on the same day, the half competitors start before the full. I can’t say I think this is a good idea however, in this instance it was ok because they got to hop in with the shark and we didn’t.

We arrived at the start line at 6am because we didn’t start until 7am, but when the first thing you start hearing over the loud speakers is ironman competitors please go and stand by your bikes and do not move until you are informed otherwise, you know the day probably isn’t going to go exactly as planned.

Never did I think we wouldn’t actually swim that morning, but eventually news came through we weren’t swimming due to a shark playing near the pier and we should head to the beach and await further instructions.

So we stood either near the beach or on the beach for about an hour and a half (baking in the sun) and then eventually it was time to go. We were getting setoff on the beach and running to transition as if we had come out of the swim. We were getting let off 2 at a time six seconds apart. I thought I was near the front and it still took half an hour to start. By now it was about 8.40am and it was already very hot.

Into transition, it was of course very busy but all went well. Out onto the bike course, everything was going pretty well. I was getting water from the aid stations which was ok for the first two but then it appears they had run out of ice, so I was getting near boiling water.

The day certainly got hotter and was around 36 degrees by mid-morning. At around 130km I started getting double vision. I knew I was near an aid station so I stopped and that’s the last I remember until I woke up on an ice blanket and had apparently told the St John’s people that my name was Cindy. I had no idea where I was or where I was going.

After getting in some more fluids, I was allowed to proceed with the proviso that I checked in up the road after about another 25kms. When I got there and was getting checked I saw people blocking off the other side of the road. I was told those people in the loop were being cleared out and no one else was allowed to enter due to an active bushfire. So some poor folk didn’t even get to complete the entire bike course. I’m told people only lost around 9kms, but have no idea how they accounted for that on the tracker or if they even bothered.

There was a lot of carnage on the bike course, people just lying on the side of the road, unable to move, and SAG wagons unable to keep up with the demand. Oh and I should also mention aid stations ran out of water and they had no more coming. We were just told they didn’t have any and to basically move on. This was so poor from race organisers, as they badly under estimated the amount of water required for the conditions. I’m sure this created additional carnage.
When I eventually finished the bike and got back into town, there was more carnage in the transition tent. I’ve never seen anything like it where people were just sitting or lying there appearing unwilling or unable to move. I could barely get a seat to put on my runners.

Going out onto the run course, I’ve also never seen so many people start the marathon at a walk. It resembled the walking dead out there. I think quite a few people never got past a walk. It was still pretty hot out there but as time went on and evening set in, it started to cool off which was a relief. I went into Busso with a calf issue, I had it strapped but it seemed that with 10kms to go it could take no more. Something was also wrong with my back and I was reduced to a long walk. The most unbelievable thing about this is that during this 10kms, I only got passed by 2 people.

18% of people didn’t complete the race, which is high for an IM race. I believe 10% is about the standard for most IM’s, but it is normally less as Busso as isn’t considered an easier course.

I didn’t personally find anything easy about this course. I can’t be completely sure why I suffered from the heat and dehydration. There are many hypotheses but that’s all they are. I certainly know I do not enjoy duathlons!

I felt sorry for those first timers, certainly not what you trained for but everyone did an amazing job. Bags and Regine, absolutely smashed it and I’m sure if you ask Bags he’ll say, “What heat?”

Well done to all who competed because it was the toughest day in ironman I’ve ever experienced. 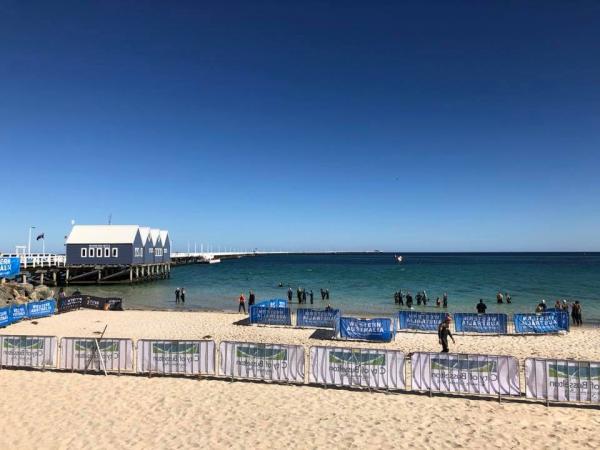 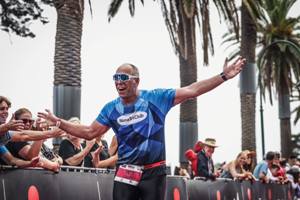